We speak to Jamie Bosworth from Blue Apple Catering (right) about winning Street Food Chef of the Year at our 2021 competition...

Why did you enter the StrEAT Food Awards?
I was actually only asked a few weeks before the competition to step in for one of my colleagues who was unable to make it. I have a bit of a background in street food, I used to have a taco wagon, so it was a no-brainer for me to enter and go ahead.

Do you think coming in last minute helped or hindered you?
I kind of just got on with it really. One of the dishes I had to do was my colleague’s, a duck doughnut with cherries. I had thought that might have stood a chance of winning. Without being cocky, it was a really nice dish.

What was your winning dish? How did you come up with it?
It was bulgogi beef in a brioche bun with a kimchi slaw, which is Korean-inspired. I used to work in events and I have made those things separately but never together. I just thought it would taste really nice as a dish.

Were you confident with that dish as well?
Well, look, the other chefs’ dishes were absolutely amazing. The competition was really strong, so it was a bit of a surprise, yeah. I think the judges liked it because it was a fresh idea and it hadn’t been done before.

It was fillet beef, marinaded in pear and soy which I then mixed with sesame. The kimchi slaw, I actually started the process of making that a few weeks before the competition so it could ferment. I added some pear too, to add a bit of a different spin. Then it just came together and it was kind of like a burger style in a brioche bun. Luckily, the judges liked it.

You came in last minute, have you done a lot of competing before?
I’ve only really competed back when I was in college. I did it a few times in Belfast and won a bronze, but I haven’t since then.
On the day, I was quite nervous, but as soon as I started cooking, I felt at home and thankfully it went well. I absolutely loved the event. DJ BBQ was quite funny commentating, though when you’re trying to cook it’s quite off-putting! Fortunately, I just got my head down and managed to answer his questions.

Did you expect to win the Technical round?
No, I didn’t… but I told myself I would just to give myself some confidence. I was quite surprised when my name got read out, because of the others chefs who were there and the quality of their dishes. But I kept it true to the theme of street food and it all worked out.

Having been a last-minute entry, will you be returning to defend your title, and would you recommend that other chefs enter the competition?
Yes, definitely, I would love to compete again. In fact, I’ve already thought of a dish. I won’t elaborate at this stage, but it’s a good ‘un!

So, are you already feeling confident about winning our 2022 competition then?
I don’t know about that, but I’m certainly going to come along and try! I’ve also been championing it at Blue Apple and suggested that some of the other chef managers check it out and get involved. It was great, it was a really good day out.

Stellar line-up for Skills for Chefs 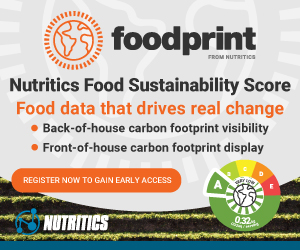